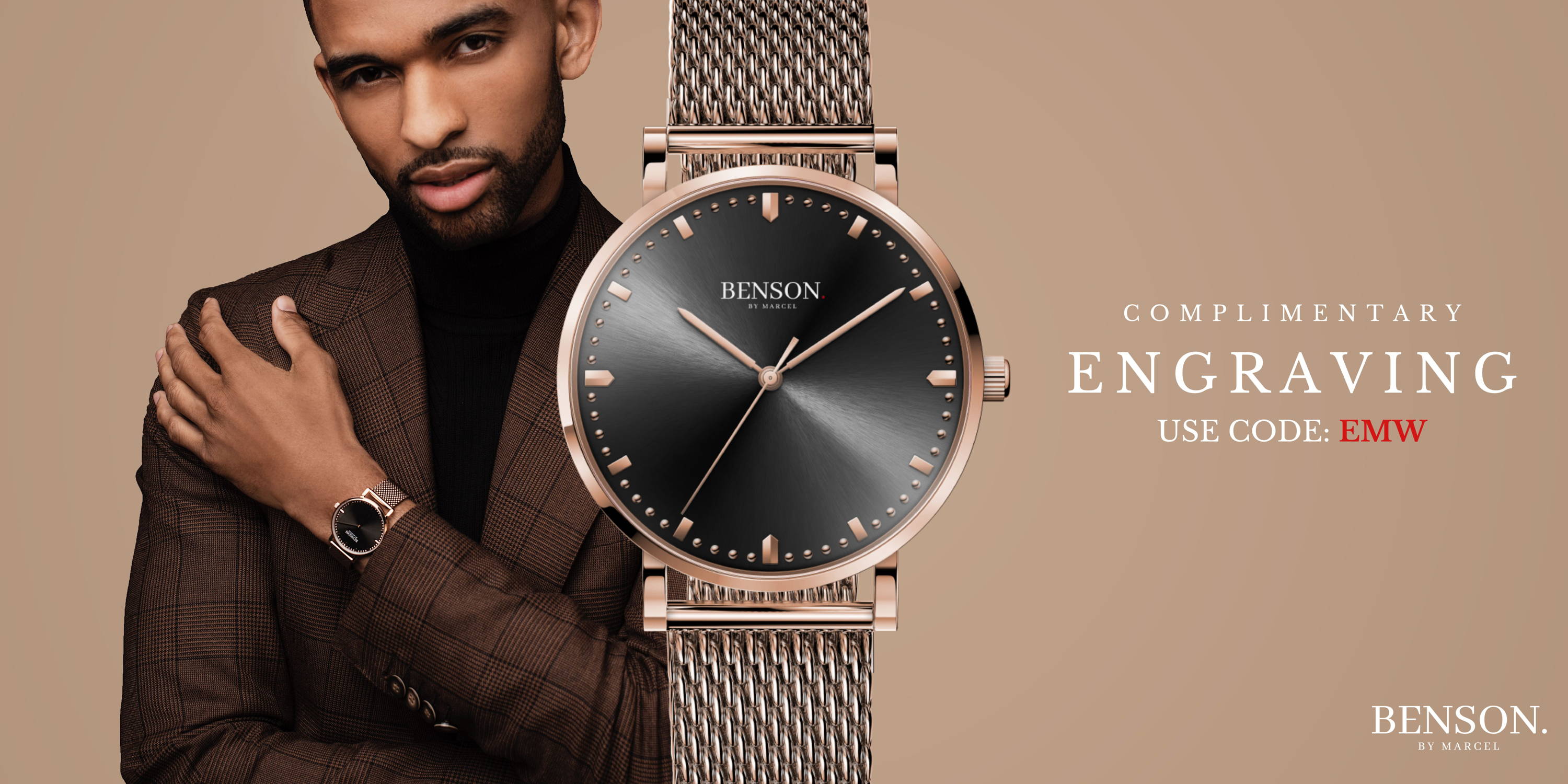 GET YOUR BENSON WATCH NOW!
About Benson

Benson was started by founder Marcel Benson when he realized how stagnant his life had become due to going to a job that he dreaded each day. He decided he’d spend the rest of his life spending his time doing what he loved and inspiring the rest of the world to do the same!

Forbes, New York Times, Yahoo, Huffington Post, and Black Enterprise have all published stories on the impact Benson has had in the industry. Town & Country magazine named Benson in their Top 25 Watch Companies to Know annual write up.

GET YOUR BENSON WATCH NOW! 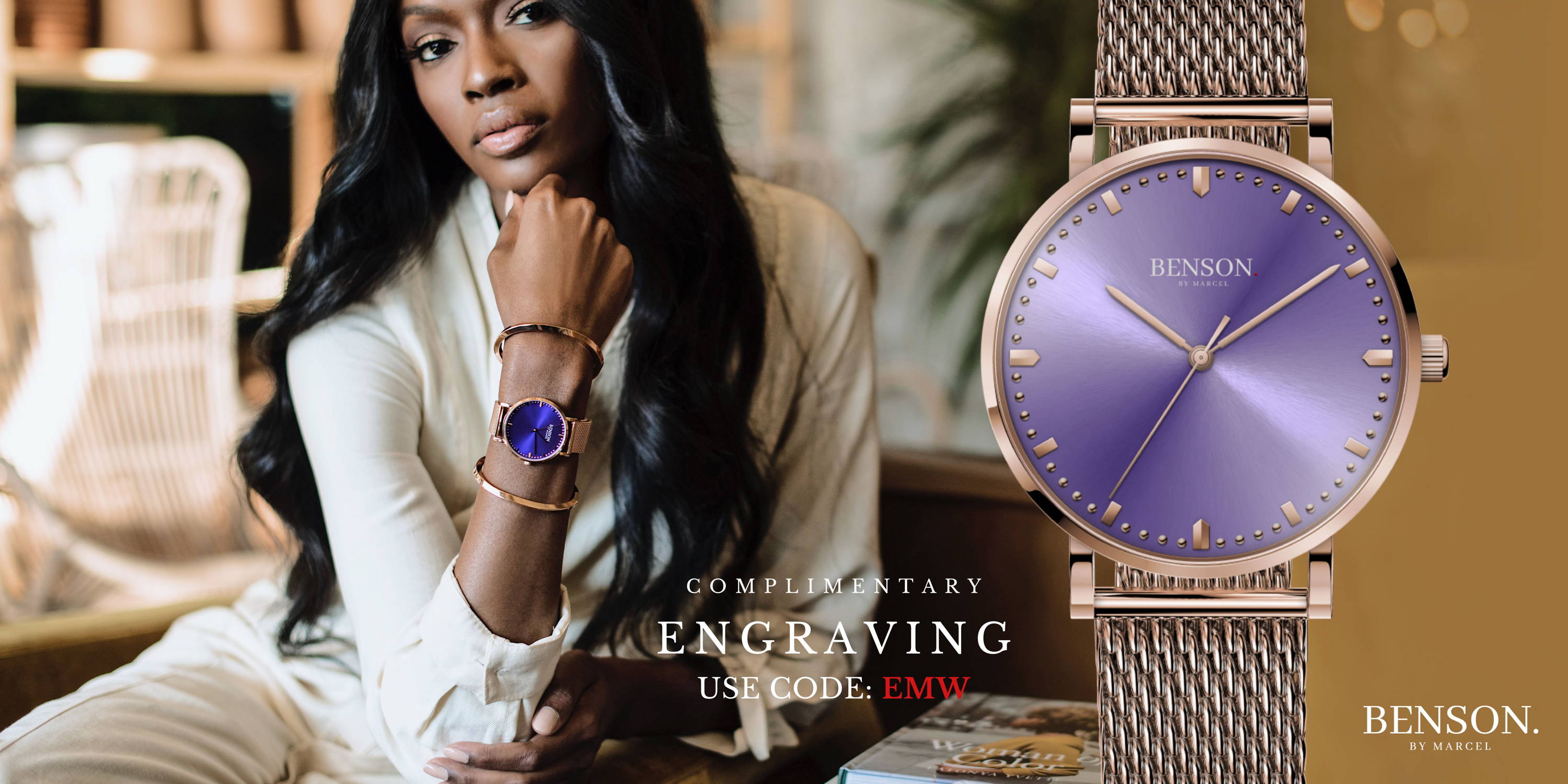 Use code EMW to get complimentary engraving on your first purchase with Benson.

Use code EMW to get complimentary engraving your first purchase with Benson. 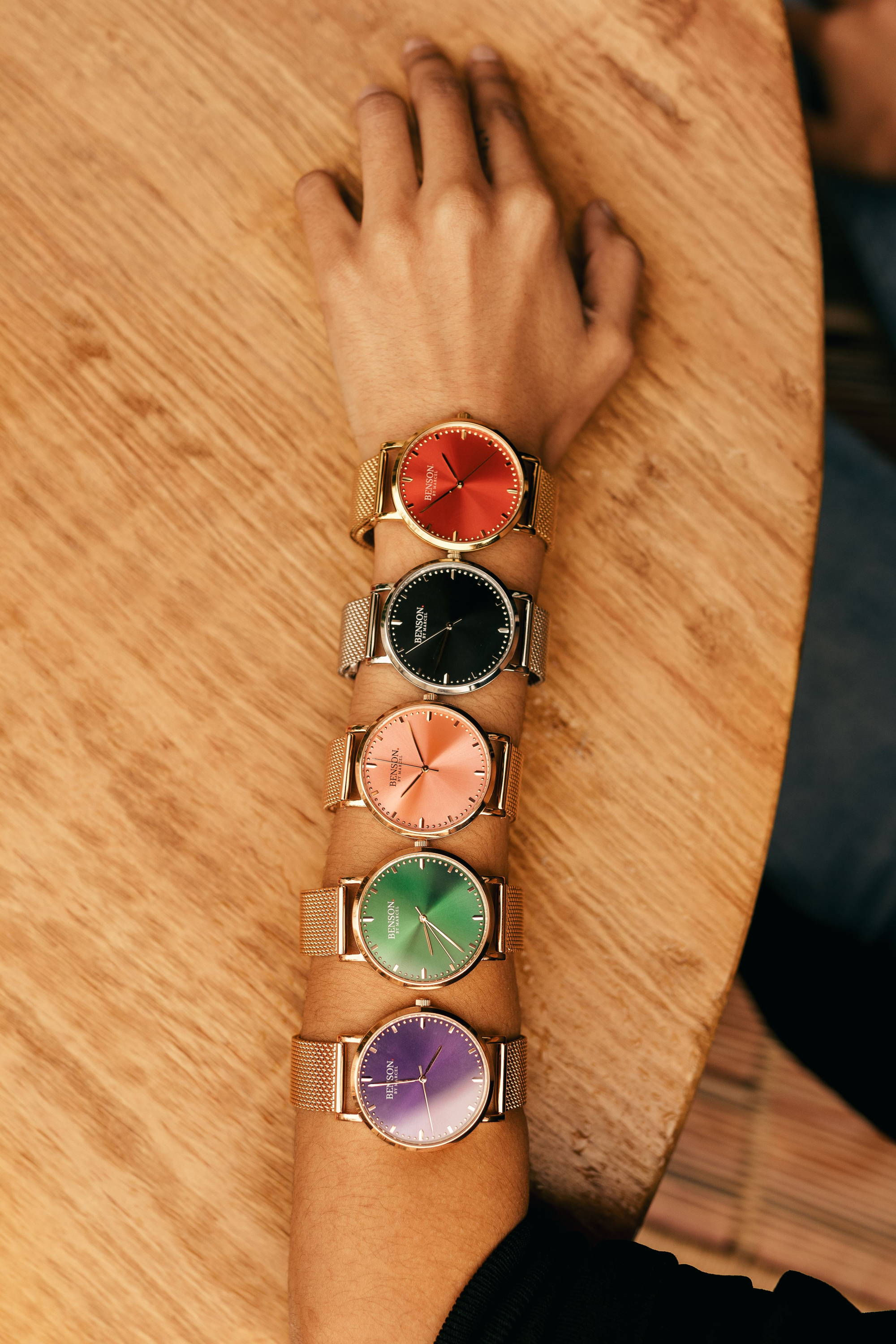